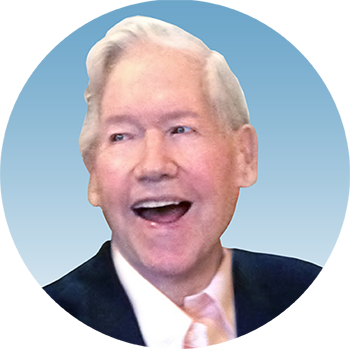 Though they have probably never heard of him, folks eating breakfast on the go today have him to thank, especially if they are eating anywhere at a fast food restaurant.

Ray Goad, who died in Mount Airy, NC. Monday, March 23rd at 92, was a fast food pioneer who can be credited with changing the way many American’s eat breakfast. In the early 1970’s there was not a single McDonalds, Wendy’s or Hardee’s that was open for breakfast anywhere. Ray Goad pioneered the concept by being the first to open for breakfast at his dozens of Ray’s Kingburger restaurants across North Carolina, South Carolina, Virginia and Tennessee.

More significantly, he featured the homemade from scratch southern biscuits that his mother had started making at one of his first restaurants, Ray’s Starlight Restaurant, in Mount Airy, N.C., the home of Andy Griffith and Mayberry USA. You can’t eat at a Ray’s Kingburger restaurant today, but you can find a Sausage Biscuit at any fast food restaurant a few blocks from your home all across the USA.

As one of eleven children of George Beverly and Dora Sutfin Goad of the Flat Rock neighborhood of Mount Airy, Ray survived the Great Depression by setting pins in a bowling alley at the age of 10, and later working as a Waiter at Johnson’s Cafe on Main Street, where he met his bride and business partner for more than 60 years, Geneva Alice Hiatt. She predeceased him in 2002.

Ray liked to say that Pearl Harbor was bombed on December 7th 1941, and that he and Geneva were married on December 12th. During the War he served in the Navy and was assigned to the U.S.S. Oberon Amphibious Force participating in the assault on Southern France at Baie de Rampelonne, St. Topez Area, on August 15, 1944, causing the German Army Group G to abandon Southern France and to retreat under constant Allied attacks to the Vosges Mountains.

Ray and Geneva were those chronicled by Tom Brokaw in The Greatest Generation, “…they faced great odds and a late start, but they did not protest. They succeeded on every front. They won the war; they saved the world. They came home to joyous and short-lived celebrations and immediately began the task of rebuilding their lives and…economic strength unparalleled in the long curve of history.” For their part, Ray and Geneva Goad opened their first restaurant, Ray’s Midway on old Highway 52 in Pinnacle, midway between Winston-Salem and Mount Airy. Ray’s Starlight Restaurant in Mount Airy, and the Ray’s Kingburger and Sweet Sue’s chains followed.

As they grew their sprawling food service business with only their bootstraps and middle school educations, Ray also became his own pilot. Geneva often helped navigate, and they flew together for both business and pleasure in their pressurized twin-engine Piper Navaho, with the call sign 535RG, virtually all across the country.

It is believed that Ray Goad was the first to contract with Richard Petty for his endorsements and promotional appearances, both on radio and television, and in person at Ray’s locations, and had customers’s singing along with the memorable jingle “The Faster you go, the more you need Ray’s.”

Ray was born July 18, 1922 in Mount Airy to the late George Beverly Goad, and Dora Elizabeth Sutphin Goad. He was married to Geneva Alice Hiatt for sixty years before preceding him in 2002.

Surviving are his son Raymond Junior Goad, of Delray Beach, FL; and, his daughter Susan and her husband Judge A. Moses Massey; one sister and brother-in-law Goldie and Earl Vogler of Pfafftown and a brother Glenn Goad of Jonesville.

The Goad family will greet family and friends prior to the Funeral Services to be conducted at The Church of Jesus Christ of Latter-Day Saints, in Mount Airy, T 11:00 AM, with graveside services by The Memorial Honor Guard VFW Post 2019 & 9436 immediately following at Oaklawn Cemetery in Mount Airy.

In Memoriam, those viewing the internet video of “The Ray Goad Story”are welcome to post their personal remembrances and comments at: www.TheRayGoadStory.com